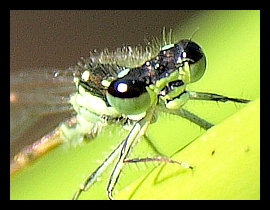 a fierce-looking but tiny damselfly 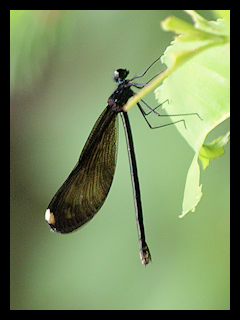 Dragonflies and Damselflies of Nova Scotia

I would appreciate information on species identification. My own guesses might well be incorrect. Please contact me if you can help! Most of these shots were taken in Yarmouth County, so not all species will be represented in other areas.

Many of these creatures are very tiny, some not much more than an inch in length. Most shots were taken with my Olympus E-510, and either a 70-300 mm Zuiko lens for those at a distance or a 14-42 mm Zuiko lens for those I could approach quite closely.  All were done hand-held as I can't drag a tripod around with me when I'm following wildlife. My alternate camera is an Olympus C8080WZ which is one of the best macro cameras I've ever worked with. I wish it were still being made. ~ Brenda 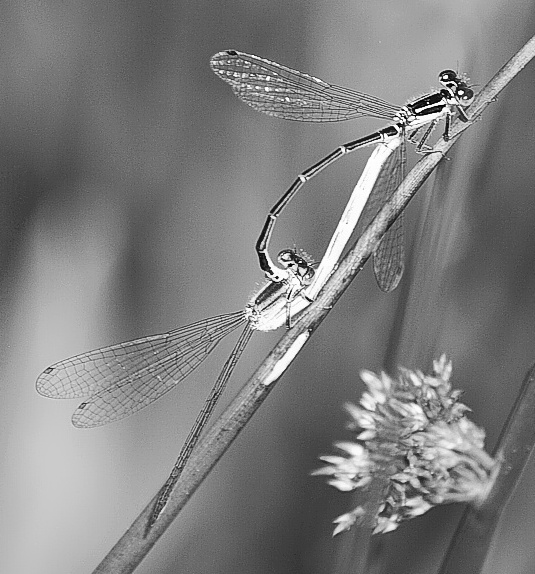 All species spend their early lives in water, where the nymphs feed on insect larvae and small fish, then shed their skins and climb up reed stems to fly off as winged adults. Some remain near water, while others prefer drier habitat, such as the meadowhawks in the preceding shots.

common whitetail skimmers - two adult males (left and centre, same individual: libellula depressa) - and at right, adult male; libellula lydia. Note the variation in wing patterns. The one at right was photographed in 2008; the other in 2009. 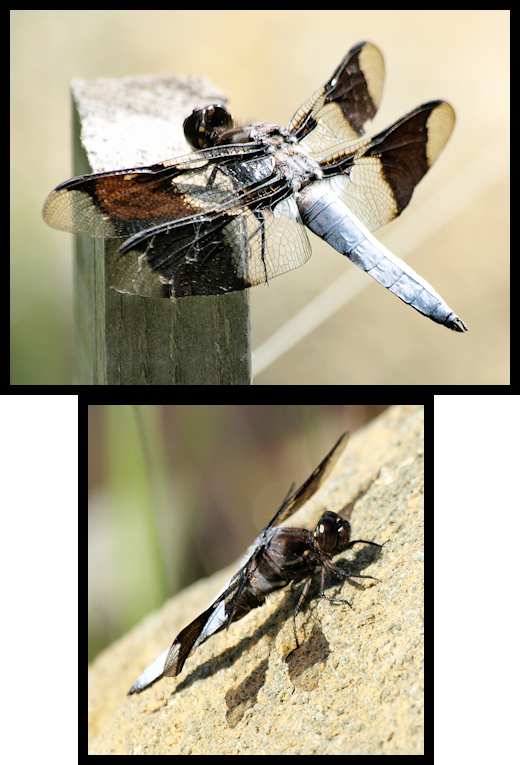 This is a 2009 libellula lydia. It has claimed the very same rock as did its predecessor, above right. Could it be the offspring of that previous dragonfly? 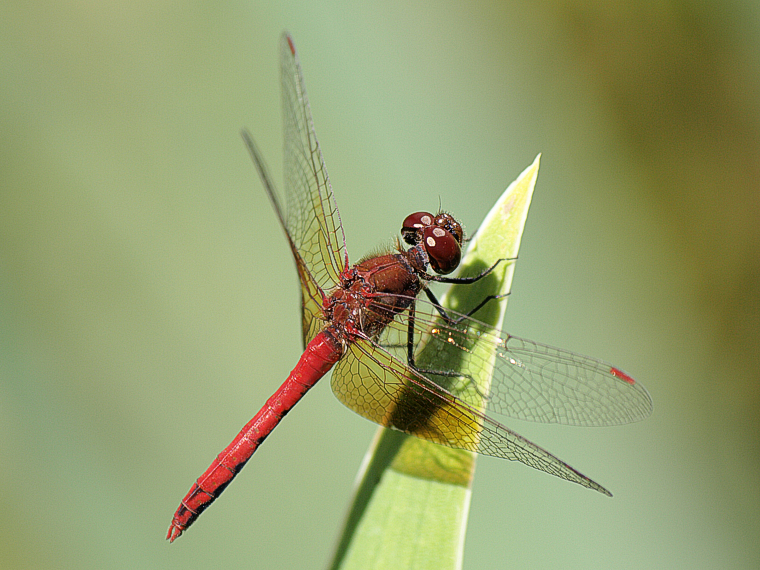 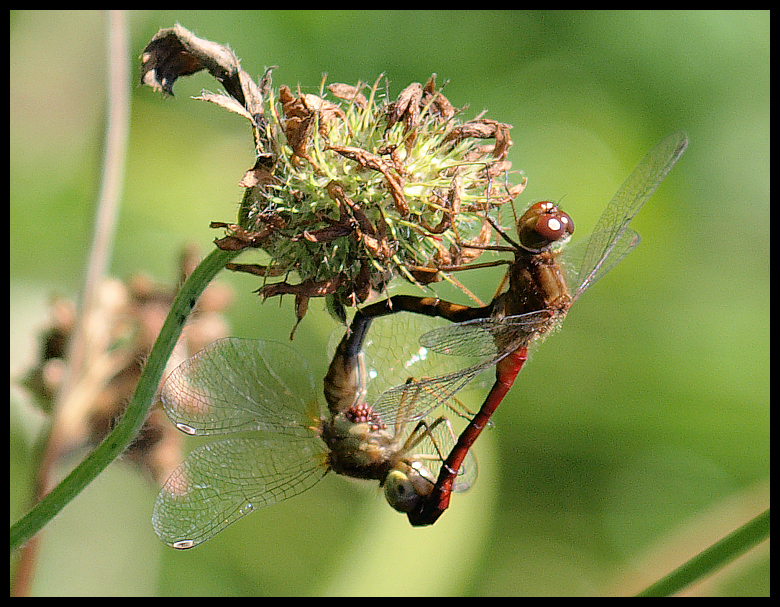 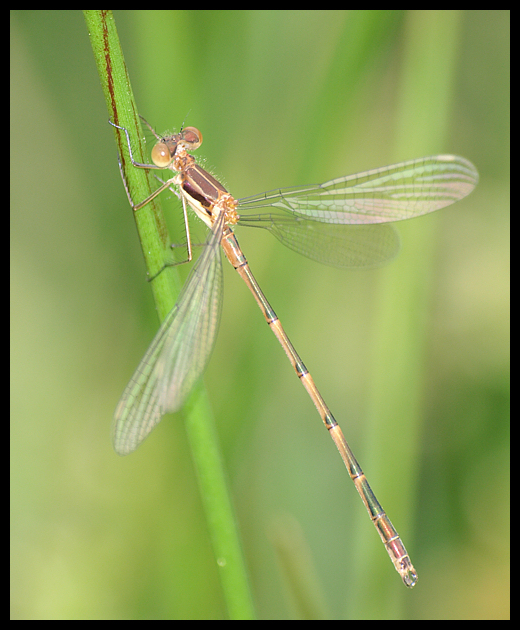 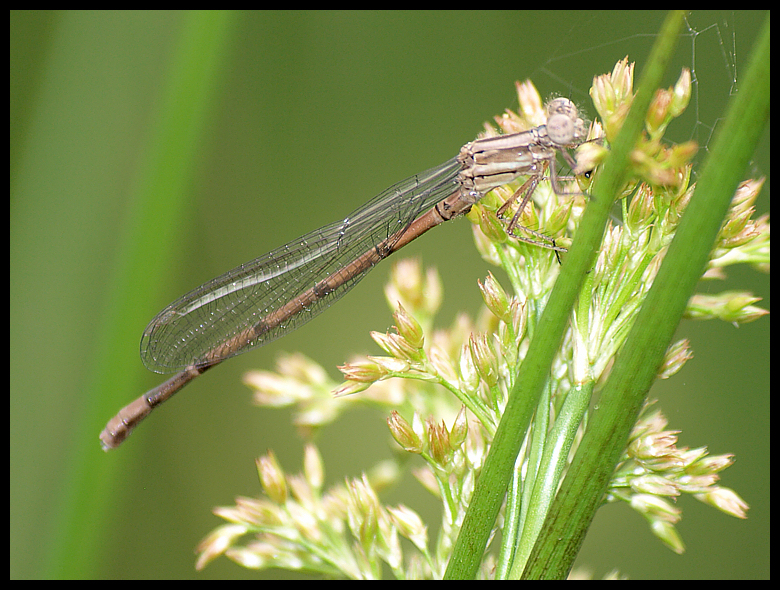 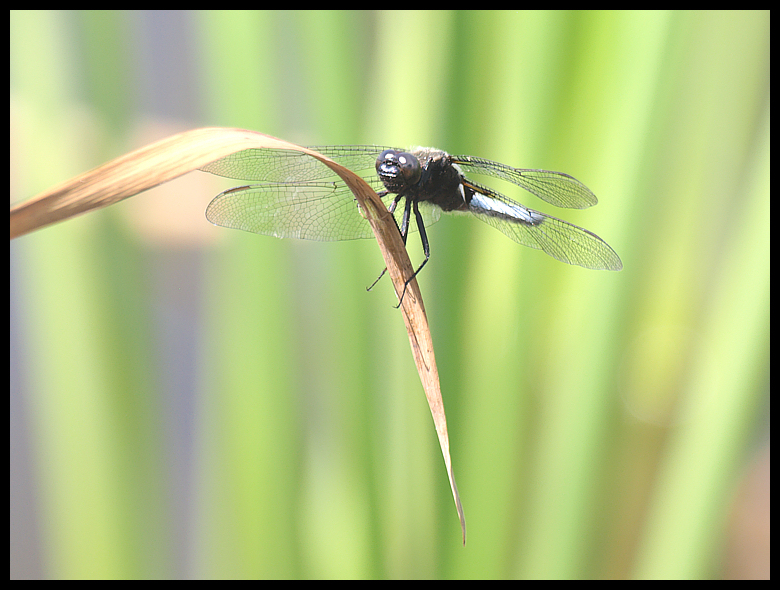 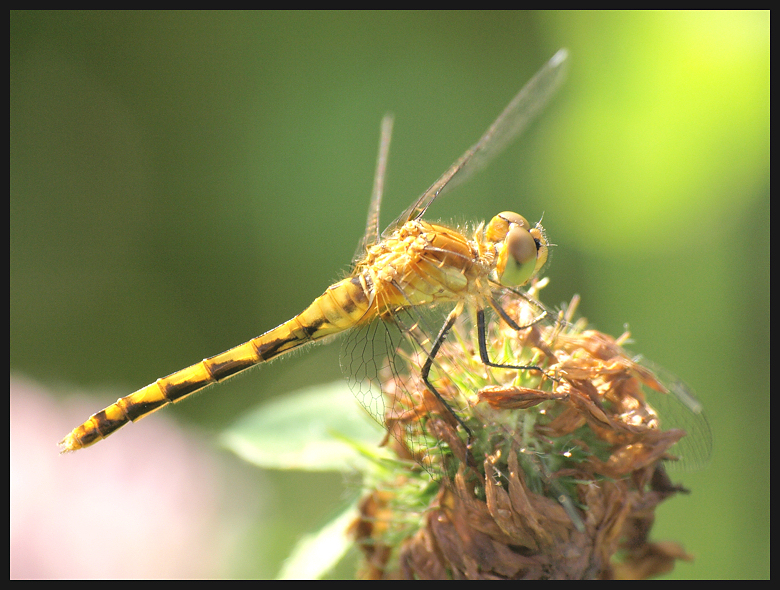 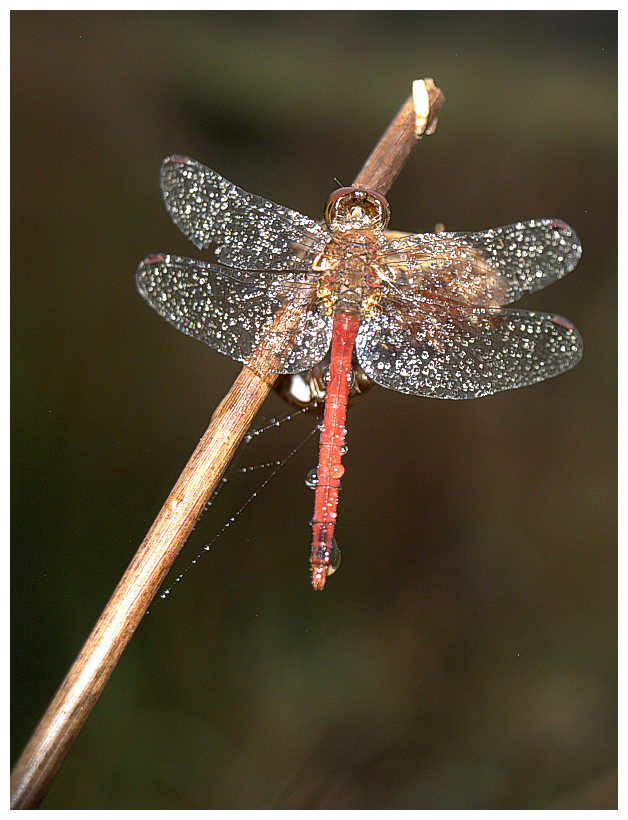 Autumn brings too-chill nights; this dragonfly was almost comatose one early November morning, and bedecked with dew. It later revived. 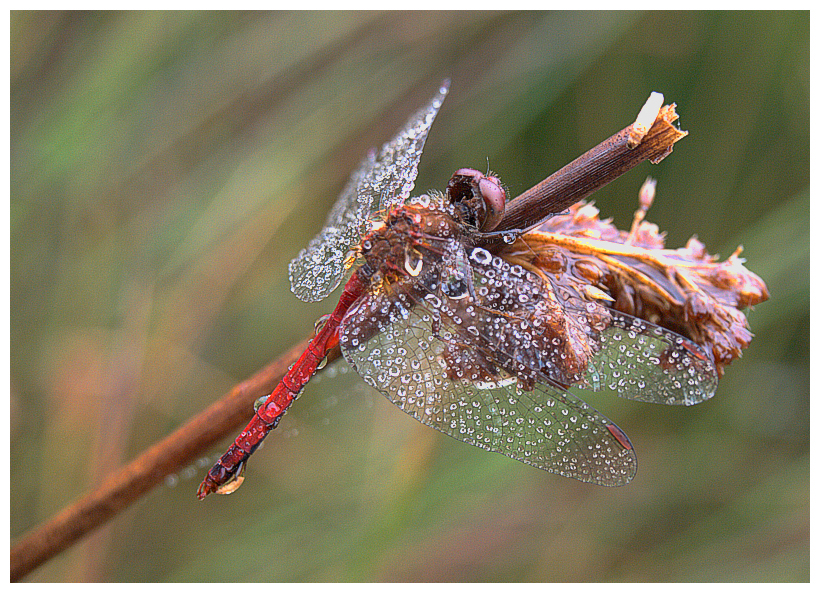 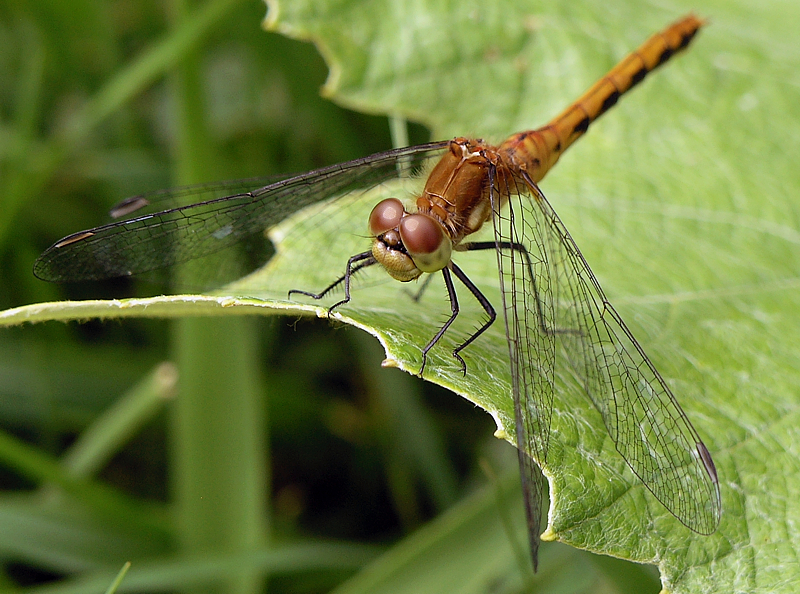 a terrifying face, if you're a small bug 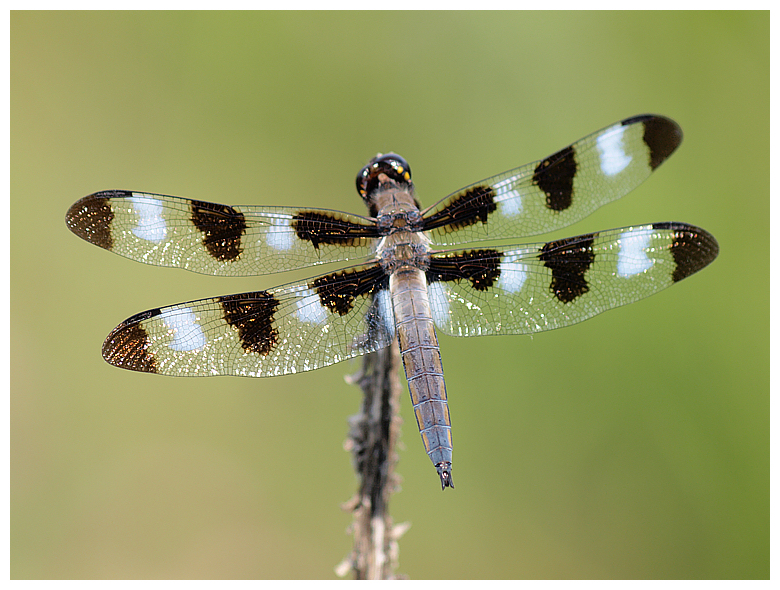 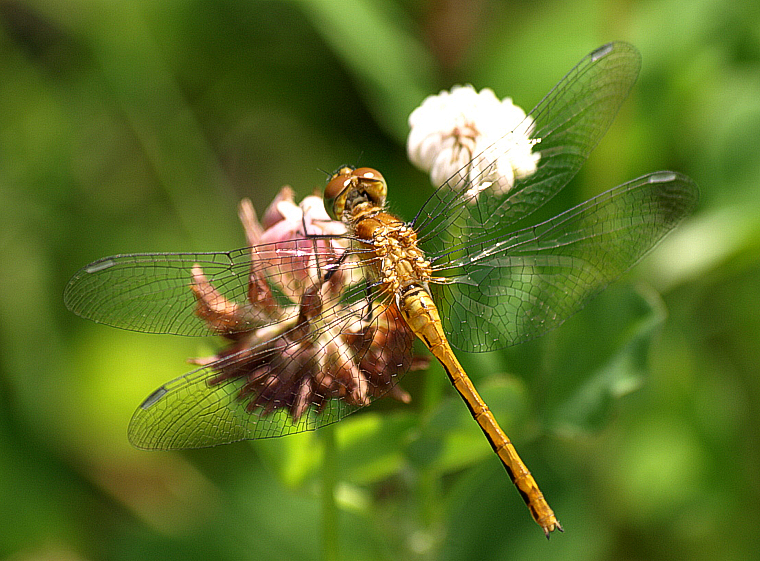 an affinity for clover 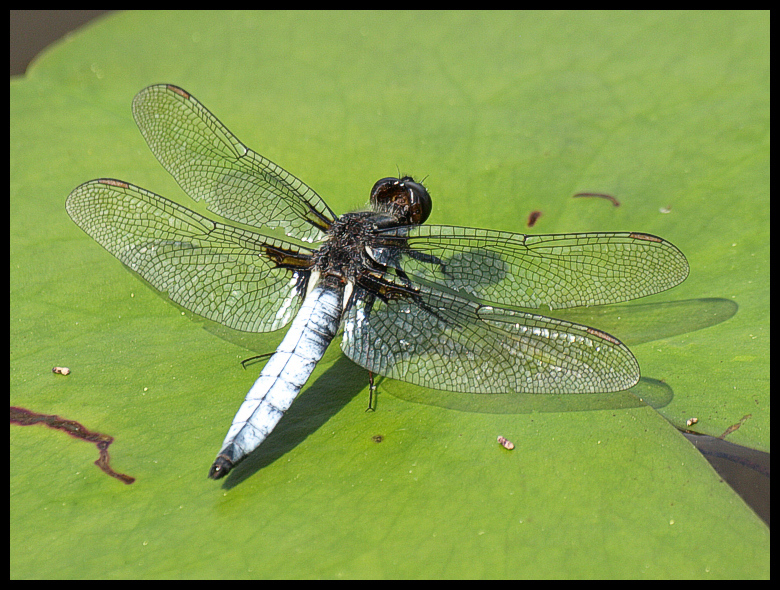 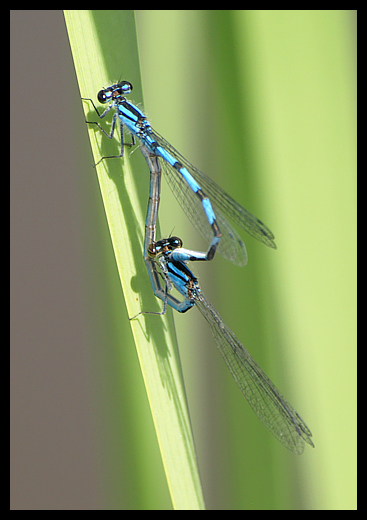 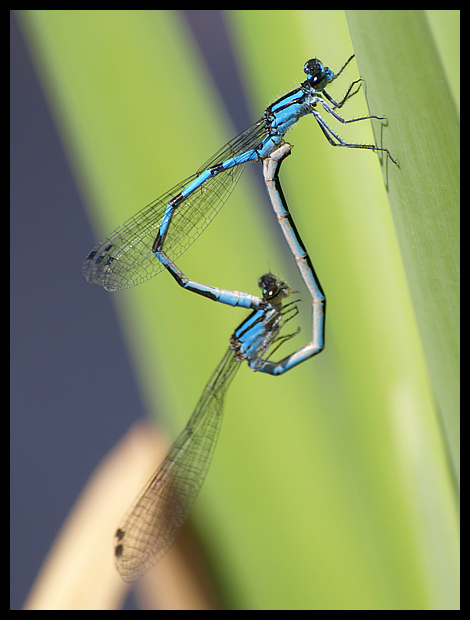 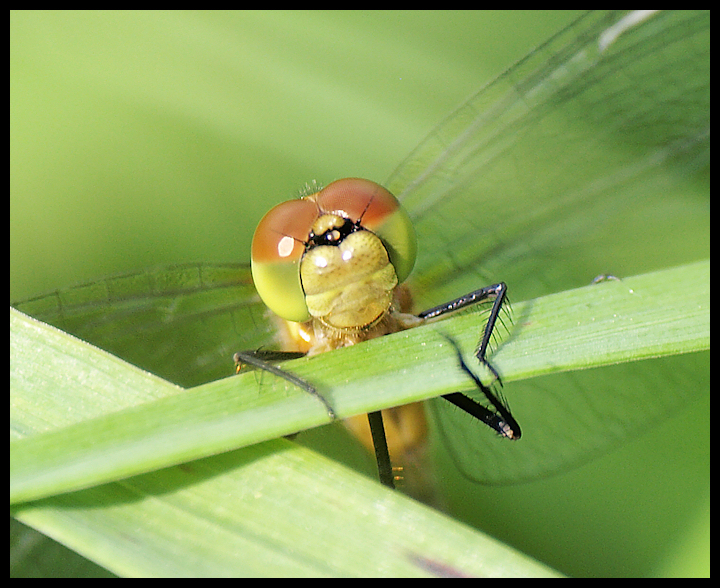 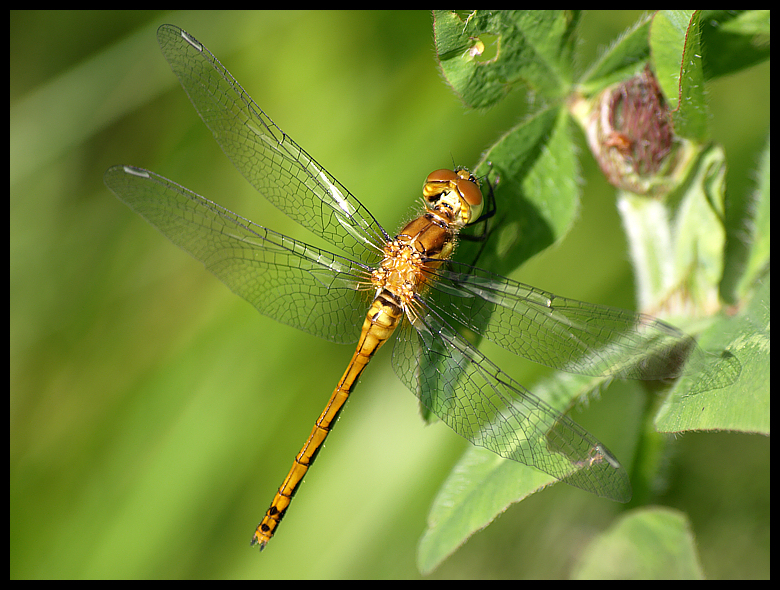 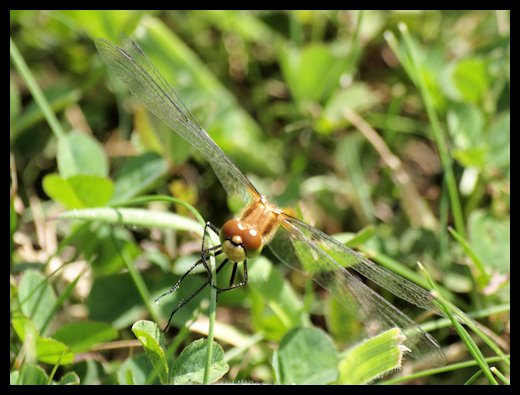 habitat is grasses, near a body of water such as a pond or stream 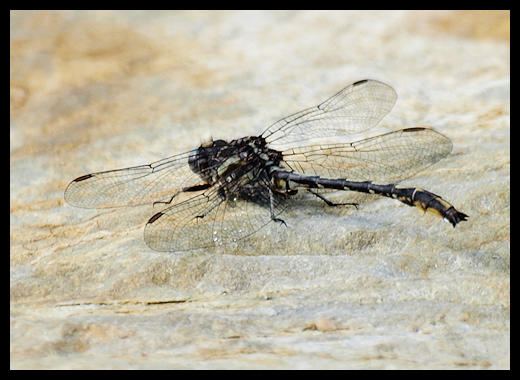 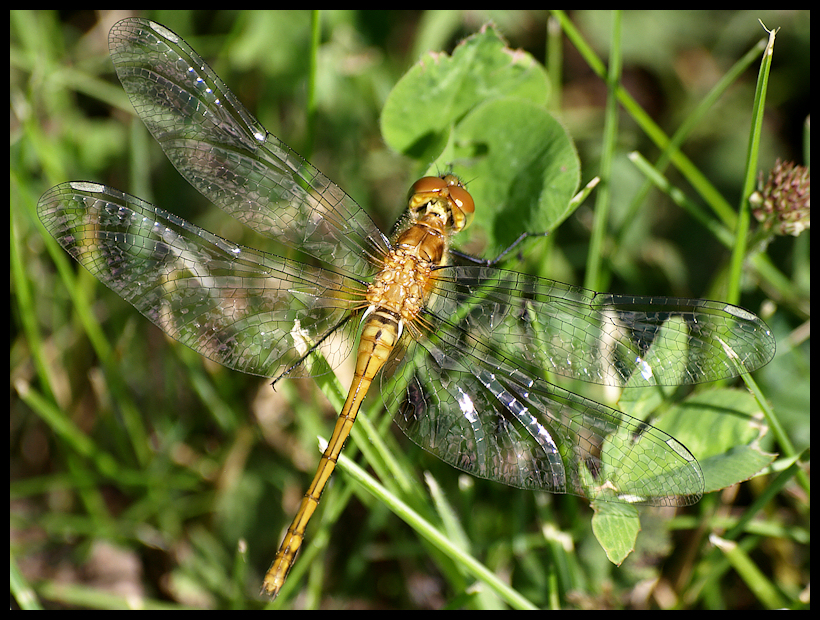 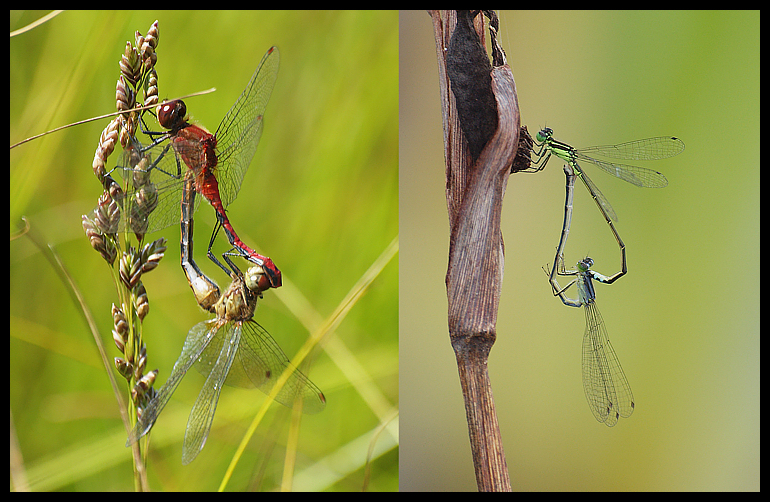 Meanwhile, the last of the twelve-spot skimmers displays his gorgeous wings near the pond. 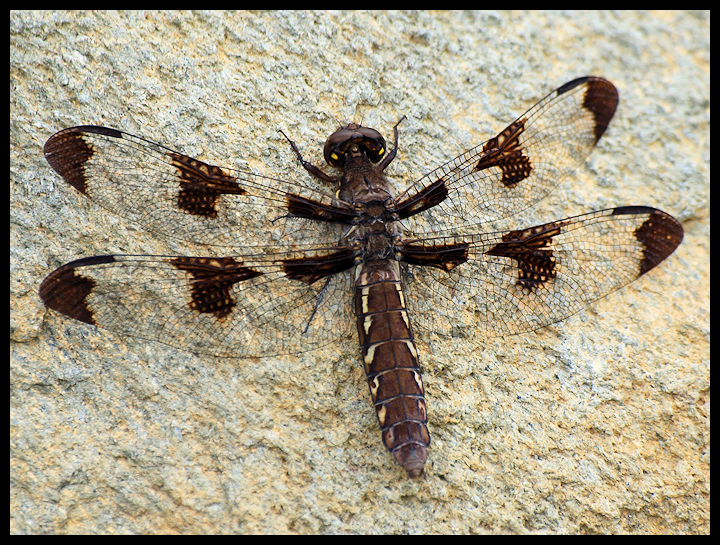 A female whitetail (libellula lydia) appears on August 24/09, presumably to deposit her eggs. 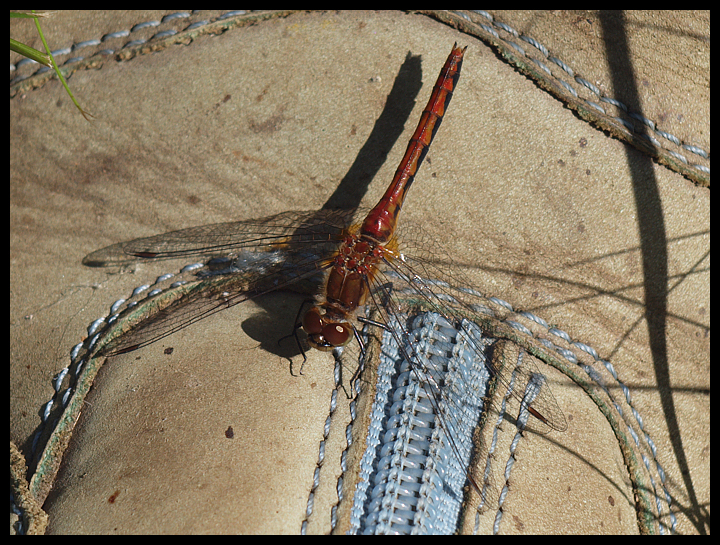 This friendly meadowhawk finds a sunny spot to rest on my sneaker, which I'm wearing at the time.

These little meadowhawks were seen at the very edge of the ocean at Belliveau Cove, where they landed on everything from salt-marsh vegetation to litter and stones on the beach.

... and in the end, "eat or be eaten" proves true of dragonflies, too. The one at left is munching on a victim whose legs protrude from the skimmer's jaws. The twelve-spot at center is missing half a foreleg, probably from an aerial battle with the muncher at left (both were photographed on the same afternoon). And on the right, an argiope puts a wrap on a luckless female meadowhawk. C'est la vie!