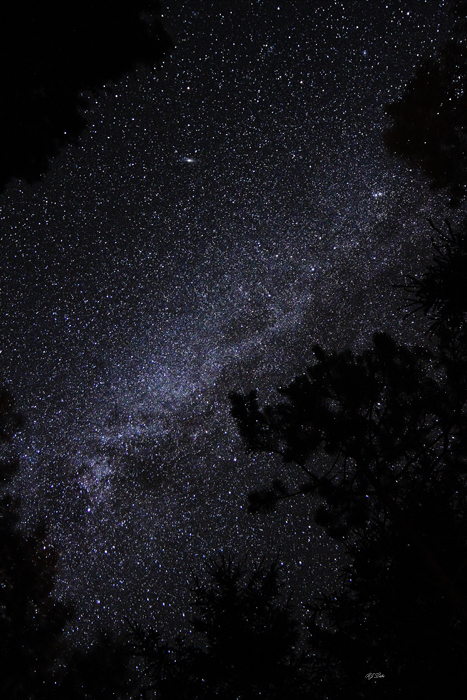 taken above my home near Tusket, September 3 2016 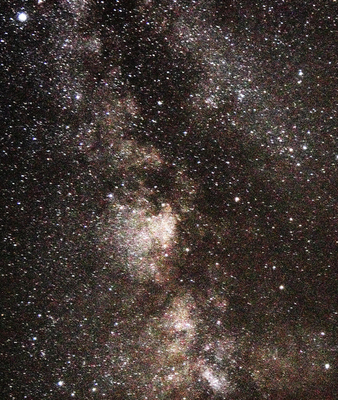 - In memory of my mother, Helen Ruth Levy, who loved to look at the stars outside her bedroom window when she couldn't sleep. -

All photos (c) Brenda J Tate and taken in Nova Scotia. Most have been captured in the southwestern region of our province, especially in Yarmouth County. Several are "backyard shots" from my home near Tusket Falls at various seasons. 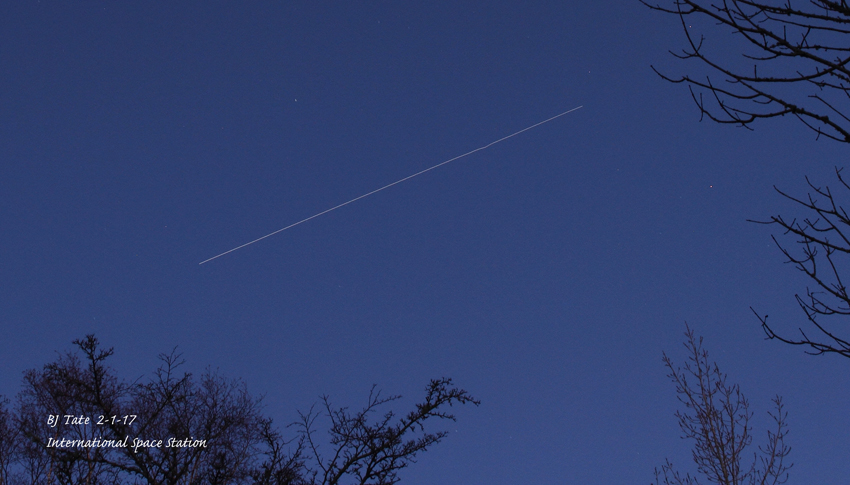 The core of our own Milky Way Galaxy as seen in summer from Surette's Island. 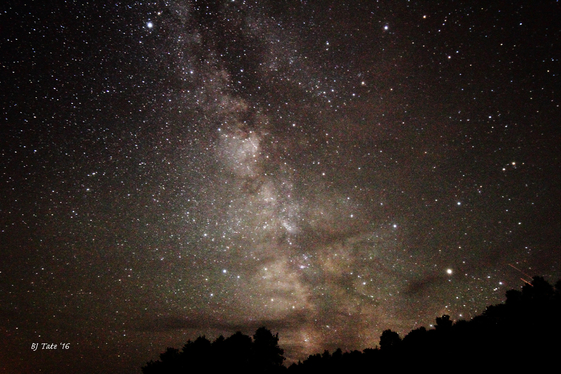 Black and White view seems to bring out more detail. The core isn't visible here in the winter months. 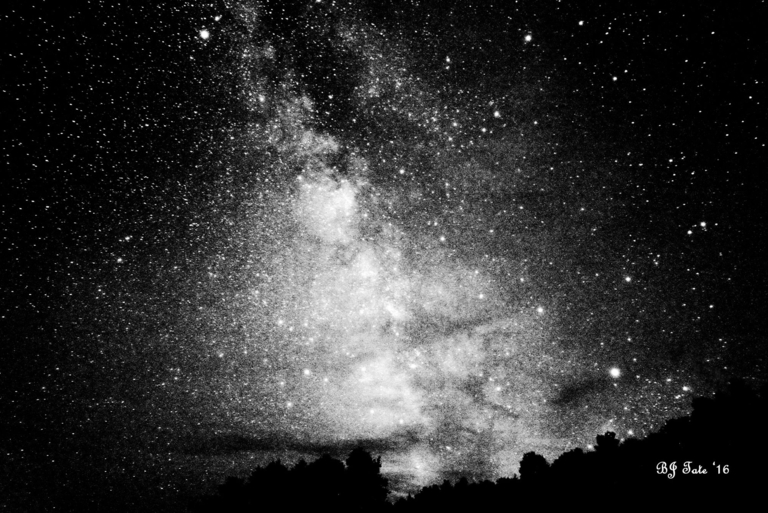 another view of the Milky Way as seen from Gardner's Mill, inland from Yarmouth, in late August 2016 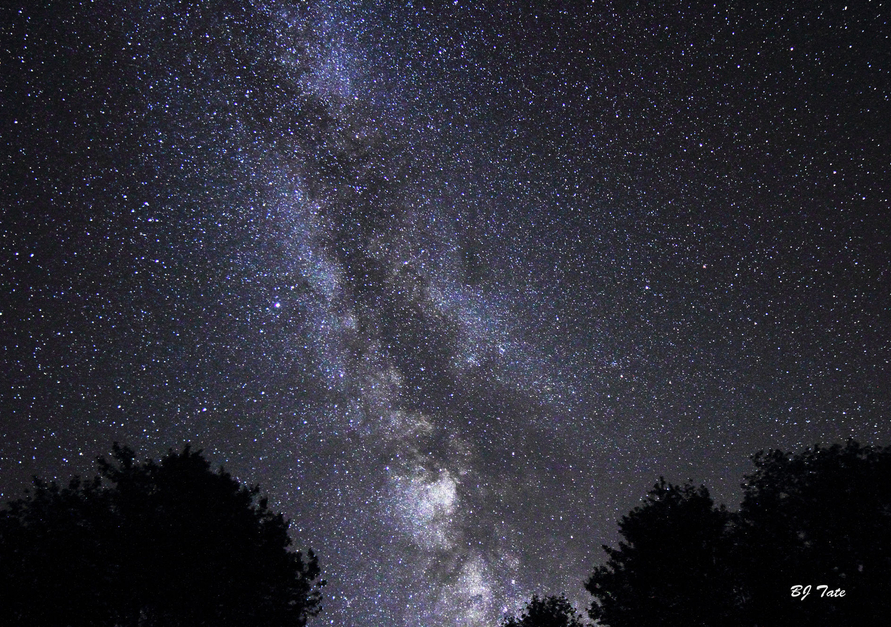 A summer alignment in southern sky near Port Maitland, NS 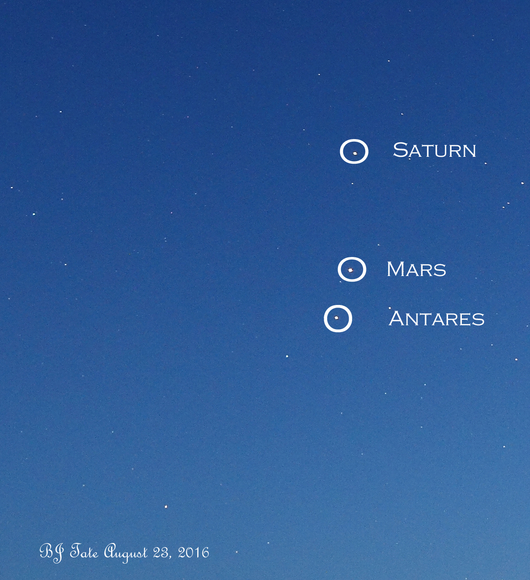 This was taken from Tittle Road on a night when the aurora borealis made an appearance (bottom left) along with the Milky Way, and the Andromeda Galaxy is also visible to the centre right. 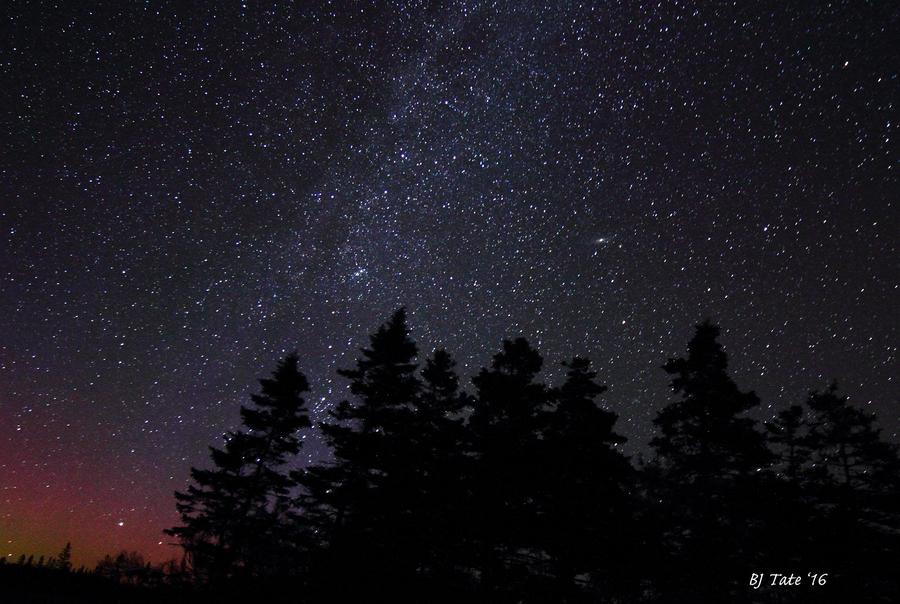 This is "air glow" or nightglow, a form of chemoluminscence that is always present in our atmosphere as a band of light around the earth - usually green. It has been photographed from space, but from the ground it often appears banded and almost auroral. It's caused by excited oxygen atoms that emit light within the visible spectrum. This glow sometimes shows up as a greenish sheen in an image, and can be mistaken for photo noise. On the night I witness the airglow shown below, I could see it with my naked eye. 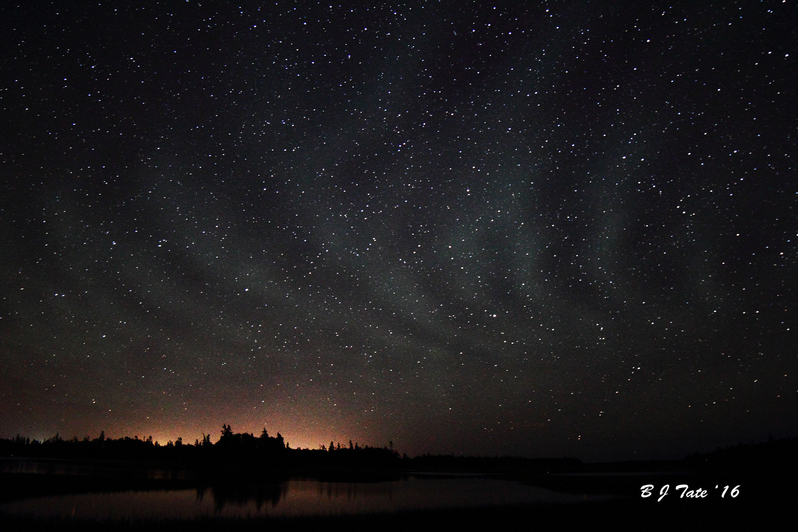 The airglow crosses the Milky Way and reminds me of ribs attached to a celestial spine. Note that it shifts to red as it meets the horizon. This is atomic oxygen and it is much higher up than the greenish layer. 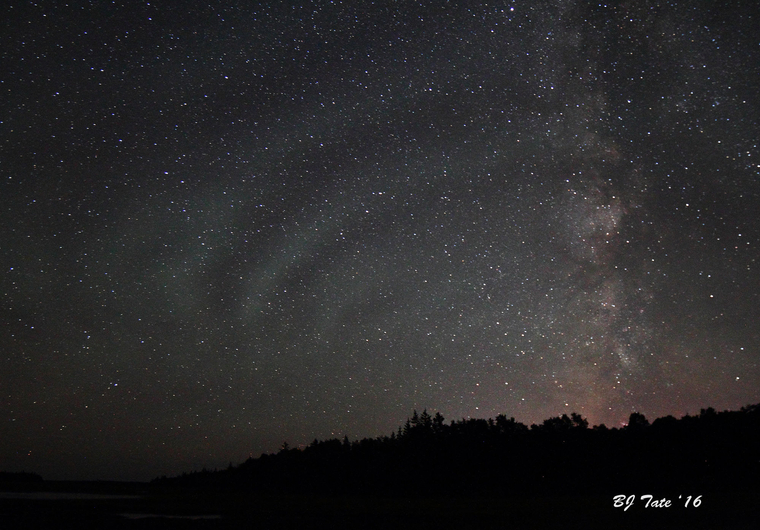 Even with light from the ground, the Milky Way continues to shine ... taken off Cornubia Road, Gavelton. 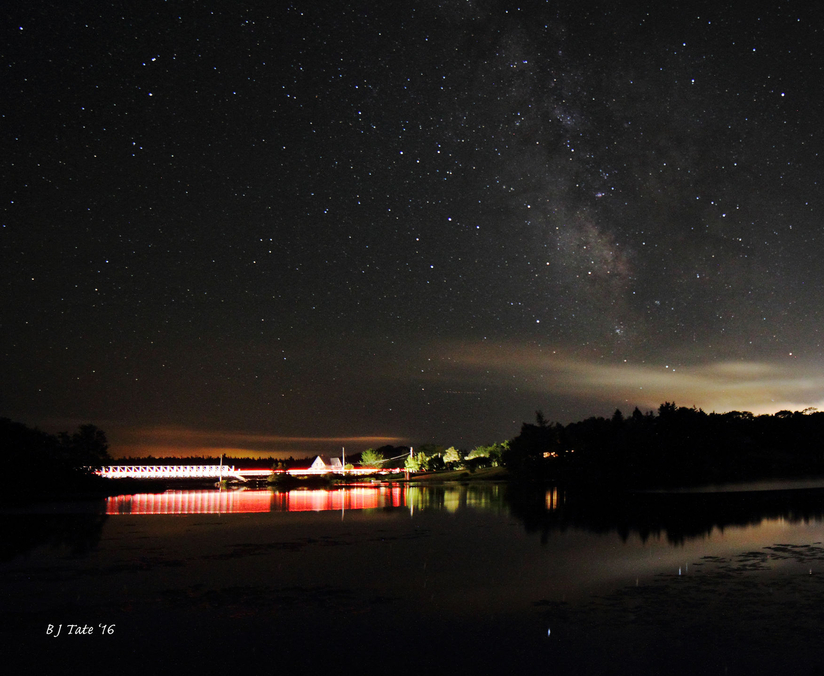 "Field of Dreams" in Gavelton 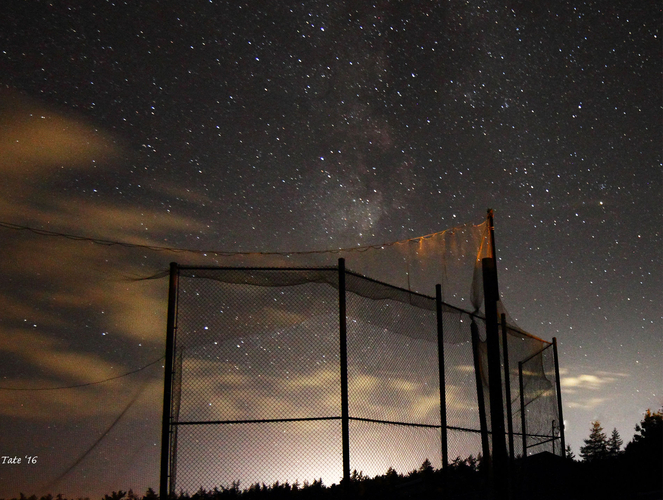 Midnight in Arcadia near Yarmouth in late June - there is considerable light pollution! 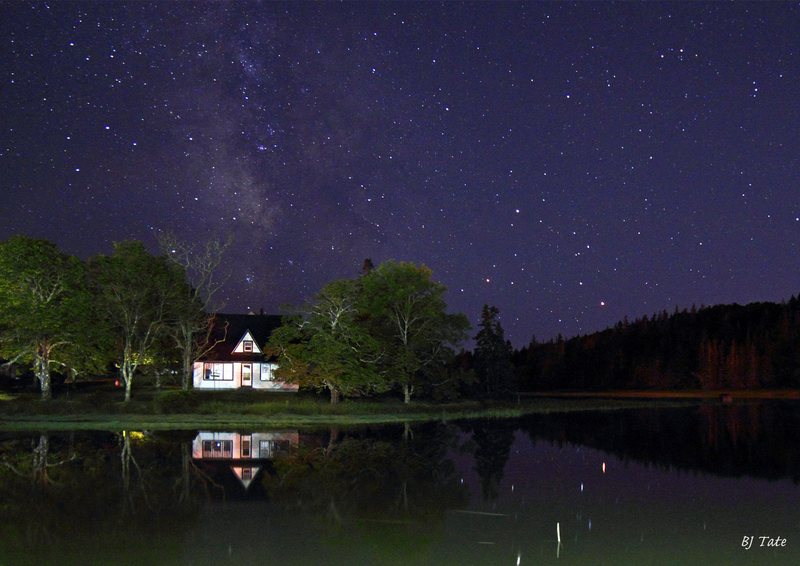 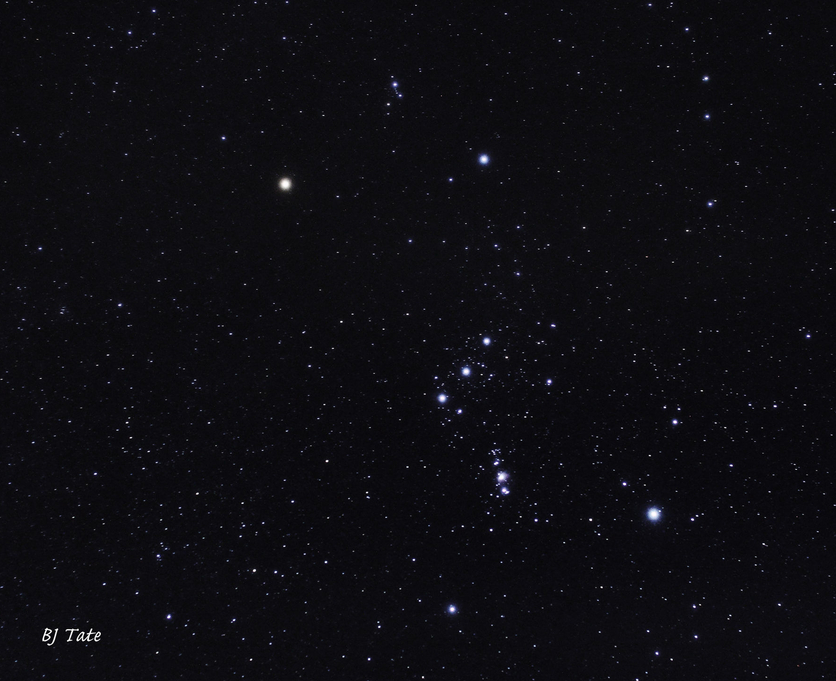 Winter meteors ... a faint shower but worth watching! 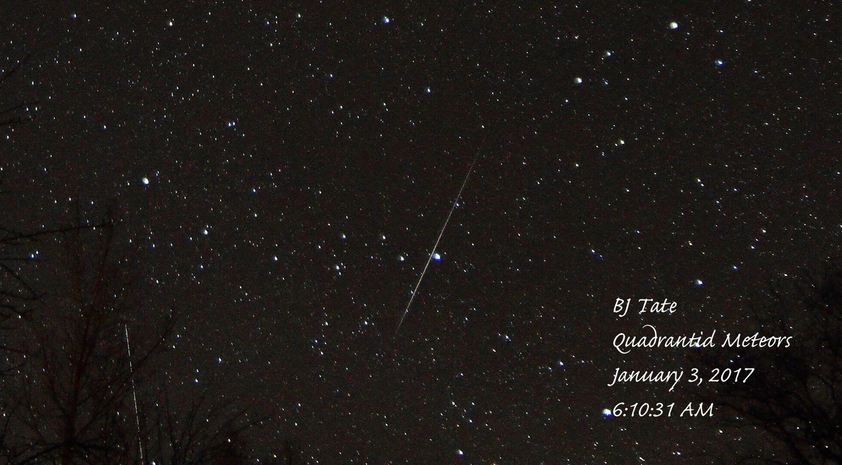 Iridium Flare from reflected sunlight on a satellite - there was an iridium communications satellite program launched in the 1990s and these flares are often quite striking. They can be mistaken for metors or even UFOs as they're intensely bright, but brief. 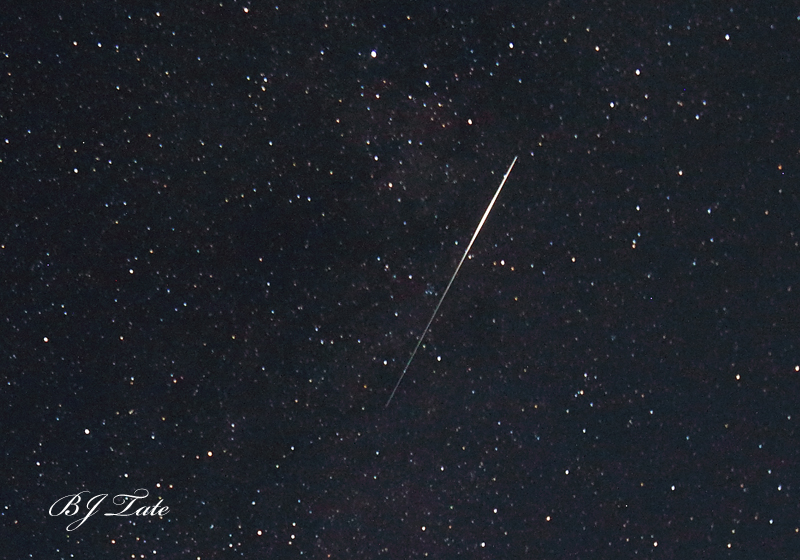 Double Star in the Big Dipper 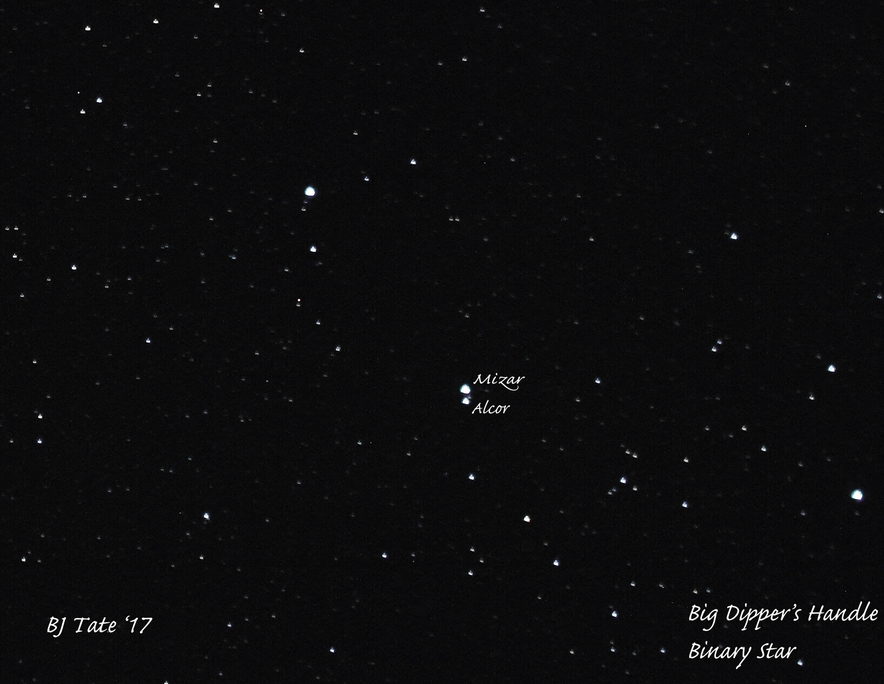